MiFID II vs MiFIR: Are they the same thing or different?

MiFID II regulation came into effect in January 2018 and with it were a bunch of new rules for financial firms. Making things confusing are an array of acronyms referred to when discussing MiFID II such as MIFIR, APAs, ARMs, KIDS etc.

One of the most notable confusions is in regards to MiFIR and MiFID II. In this post, we explain the two.

Standing for the Markets in Financial Instruments Directive, MiFID I was created by the European Commission in 2004 and went into effect in 2007. It was meant as standardized set of rules for European regulators to govern licensed firms under their jurisdiction. However, each local financial regulator had the ability to interpret various rules of MiFID I.

Among the legislation introduced with MiFID I were: 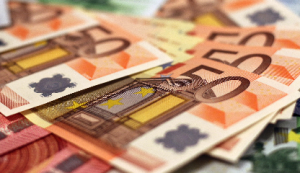 MiFID II vs MIFID I

Due to the global financial crisis which revolved around over the counter (OTC) derivative exposure and trade scandals such as the LIBOR and FX Fix scandals, the EU moved to create an enhanced version of MiFID.

Created in 2014, and going into effect in 2018, the new Markets in Financial Instruments Directive replaces the 2004 version. It is a much wider ranging legislation. As a point of reference, the original 2004 document included 73 Articles versus 97 for MiFID II. In addition, much of the trade reporting requirements were published in a separate document called, Markets in Financial Instruments and Amending Regulation (MiFIR) that has 55 articles of its own.

With the increased Articles, comes a much wider scope for MiFID II vs MIFID. This includes

As referred above, MiFIR is a set of rules that is being created alongside the new MiFID II directive. Although MiFIR was technically passed as its own regulation, it nearly is always referred to in connection to MiFID II. This is due to much of MiFIR’s content being an updated version of reporting rules that existed in the original 2004 MiFID document.

The main focus of MiFIR is related to rules and reporting requirements of executions. Examples are:

Summary – all about reporting

As MIFIR and MIFID II are closely aligned, you will often hear or read the two topics used interchangeably. Specifically, when most people refer to MiFID II reporting, they are speaking about MiFIR regulation that is composed primarily of reporting requirements.

So the next time you hear MiFIR and MiFID, keep and eye for the word reporting to understand what is being referred to.

This Blog was originally published on 30 July 2017