Over the past year, Cappitech has discussed that the pace of new regulations in the U.S. is picking up steam. The name of the game is transparency and investor protection. Just as the industry was returning to work after the holiday break, on January 5th,  the U.S. Treasury Department Office of Financial Research (OFR) published a proposed rule to introduce a new reporting requirement for bilateral repos in the U.S.

Below is a recap of the proposed rule in particular outlining the new requirements and how it compares with the existing SFTR and the proposed SEC 10c-1 regulation.

This was published in the federal register right after a section titled “training of individuals handling wild and exotic animals” Maybe just a funny coincidence?

The OFR has proposed a new rule to collect Non-Centrally Cleared Bilateral Transactions in the U.S. Repurchase Agreement Market (repos).

There are 33 data fields that need to be reported as shown below. After initial review, it seems that most of the fields (22 in total) are already captured by participants who are obligated to report repo transactions under SFTR today. Of the remaining 11 that are missing, 2 could be enriched from GLEIF and another 2 are already a requirement of the Cappitech SFTR solution for enrichment purposes. Although the remaining items should be relatively simple to source, the list of required data points continue to grow for regulatory reporting purposes.

Regulators don’t have access to transaction level details for the bilateral repo market, only for centrally and non-centrally cleared trades as well as tri-party agents.

The Office also estimates that approximately 2,000 financial firms would need to determine whether they are covered reporters on a quarterly basis.

This proposed collection would require the submission of transaction information by any covered reporter whose average daily total outstanding commitments to borrow cash and extend guarantees through non-centrally cleared bilateral repo contracts over all business days during the prior calendar quarter is at least $10 billion.

This would include transactions by the covered reporter settled internationally or denominated in currencies other than in USD.

The OFR estimates approximately 40 entities, including primary and nonprimary dealers, and bank and nonbank-affiliated dealers, would be impacted by the new requirement.

Reporters who meet the thresholds above would be required to start submitting data on the first business day of the third full calendar quarter after the calendar quarter in which the firm meets the relevant materiality threshold.

The OFR is considering using either its own data elements format or the existing definitions under the ISO 20022 format for reporting. There are initial concerns that ISO 20022 field definitions are too broad for its purposes, however. In terms of reporting harmonization, the OFR does plan to adopt Legal Entity Identifiers (LEIs) to identify market participants and Unique Transaction Identifiers (UTIs) for ease of systemic risk monitoring.

OFR may either collect the data itself or designate a collection agent for that purpose.

Clearly, the focus by U.S. regulators is to address the transparency gap in securities lending and repo markets and this proposal attempts to address the issue, however, there are some stark differences to existing legislation (SFTR) in Europe and the UK and even to the proposed legislation in the U.S. under 10c-1. These key differences will create fragmentation in the market and ultimately introduce additional costs for market participants.

Comments to the proposed rules are due March 5th, 2023 and can be submitted below: 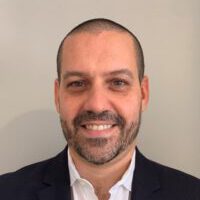 About the author: Igor Kaplun
Mr. Kaplun serves as Global Head of Regulatory Reporting Business Development, S&P Global Market Intelligence Cappitech responsible for leading the expansion of the regulatory reporting capabilities in the Americas. Mr. Kaplun has deep expertise in OTC derivatives, G20 regulatory reporting and post trade services. Prior to joining S&P Global Market Intelligence, Mr. Kaplun spent 11 years at CME Group, most recently as Head of the North America Trade Repository business. In his early career at CME he worked in the data business focusing on data monetization, strategy, licensing and distribution. Mr. Kaplun holds a Bachelor’s in Business Administration and Master’s in International Business from the University of Florida