What’s next on the minds of CFD broker compliance teams? Capital Requirements

Regulation and compliance continues to evolve. While EMIR and MiFID II are worries of yesterday and today, tomorrow has its own set of acronyms worrying compliance officers.

With this in mind, Cappitech held a small compliance working group forum this past month in London. Composed of CFD broker compliance officers and consultants, the group was an opportunity to learn how other firms are handling new regulation as well as discuss upcoming rules.

In what may be a surprise to the general public, potential changes to leverage and binary options wasn’t much of an area of concern. Although grabbing headlines today, with ESMA announcing that they are banning binary options and substantially reducing leverage for CFD/FX products, the news wasn’t a surprise.

UK and EU brokers have known for a while that leverage changes were on the horizon. In addition, other than a handful of firms still offering binary options, the vast majority of binary option brokers and technology providers already exited the EU market in 2017. As such, during the working group discussion, these measures were taken as givens and not raised by attendees.

What was discussed and the main topic of the morning was the potential of capital requirement increases.  First reported in the news in January, the FCA is investigating whether to increase minimum capital requirements for matched principal brokers.

Currently, the FCA requires matched principal brokers to post a minimum of £125,000 in capital, compared to £730,000 for full principal firms. Due to risks of client negative balances that can occur in fast moving markets such as the SNB Swiss Franc move of 2015, the FCA believes £125,000 isn’t enough.

As a result, the FCA has notified many brokers that they should raise their capital, with some firms getting letters as high as 400-500%. In addition, the FCA is contemplating whether to initiate a blanket increase of matched principal CFD brokers to the 730,000 level.

For compliance officers attending the working group, the two main concerns were when will the FCA changes take place and how much grace period will be provided to comply with the new capital requirement levels?

The latter was especially important as there were some whispers that compliance would become immediate. This meant putting in place contingency plans now to ensure there won’t be any temporary suspension of trading activities taking place.

In regards to when the FCA would announce changes, late March was viewed as a potential date, but regulators have been limited in their concrete plans given out to brokers.

Another area discussed was corporate governance changes under MiFID II. Several attendees shared the onboarding changes that they have made over the past several months. They include:

EU/Non-EU accounts segregation: Two brokers with non-UK entities explained that non-EU clients are no longer being onboarded to their FCA regulated entity. For existing accounts, clients were notified that their accounts were being moved.

Key Information Documents (KID) : Under MiFID II, brokers have had to issue KIDs. Often available on their websites, the KIDs provide information about the product, suitability and risks. Working group attendees shared their processes to comply with the new requirement. The types of KIDs the brokers created were KIDs per asset class and a general KID for all products.

In terms of updates, some of the attendees believed that compliance with the new requirement meant adding translations to KIDs as well as publishing product by product client profitability statistics.

Partners: Another area of debate was around dealing with partners. The consensus opinion is that it is best to pay affiliates a one-time CPA fee instead of ongoing commission share. While this can’t always take place, some firms required partners such as money managers and trainers to be authorized by the FCA before offering residual payments on client referrals.

However, there remains in the market some confusion on which brokers fall under the RTS 27 quarterly report requirements. Brokers with a principal license were viewed as falling under the quarterly submissions of RTS 27. These reports include providing execution prices of trades at specific times of the day.

Not completely understood and up to debate was where matched principal brokers fell. RTS 28 did seem to be required. Easier to handle than RTS 27, RTS 28 is an annual publication of a broker’s top 5 executing venues that their client’s order flow is filled on

Overall, the morning was viewed as a success. With regulators rarely answering direct questions, the working group provided a crowdsourced consensus of opinions.

Based on the positive feedback, Cappitech has plans to host additional working groups focused on CFD brokers, with the next expected in June. To get involved, contact us at regulation@cappitech.com . 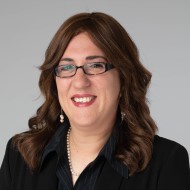