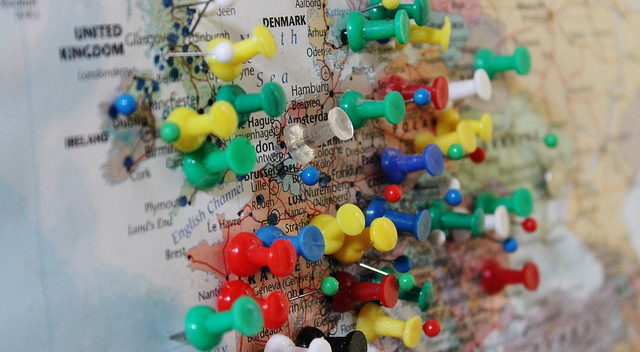 EMIR Reporting summary: Who, when, what and where?

At Cappitech, we created Capptivate to automate the EMIR reporting requirements for brokers, corporates, asset managers and hedge funds. But what exactly is EMIR and why do I need an automated solution?

What is EMIR? Recalling the GFC

Following the global financial crisis (GFC) of 2008/09 that exposed risk related to over-the-counter (OTC) trades, financial regulators around the world created a framework of OTC derivative reporting requirements by financial firms. The key information to be reported includes OTC trades transacted, counterparties and end of day exposure. Through this information, financial regulators would have a better understanding of a firm’s derivative exposure and their counterparties that could be effected in the event of insolvency.

EMIR, short for European Market Infrastructure Regulation, is the name of the EU based initiative that is headed by ESMA and was instituted around the agreed upon global framework. Put into effect in 2014, EMIR reporting is similar to guidelines put in place in the US with the passing of Dodd-Frank laws, reporting that went to effect for OTC derivatives in Australia under ASIC at the end of 2015, and a similar framework being put in place for Hong Kong starting in July 2017.

Who and what needs to be reported?

What about spot FX?

Spot FX is an area of debate of EMIR rules. Within EMIR regulation and the directive’s Q&A, spot FX isn’t numerated as an OTC derivative. However, EMIR borrows financial product definitions from MiFID.

According to the European Commission which answered questions on the matter for MiFID, they differentiate between physical delivery spot FX trades and  rolling spot FX contracts like those offered by online brokers and are similar to CFDs and spot FX trades with immediate delivery. The main difference between the two is that rolling contracts expose counterparties to price fluctuations and thereby the trade is similar to that of other derivative contracts.

As a result of the MiFID definition, the practice within accepted EMIR reporting is to err on the side of caution and for online brokers to report rolling spot FX trades.

Where are trades reported to?

EMIR reports are sent to designated trade repositories (TRs) which are regulated under EMIR, manage and secure the data and make it available solely to regulators. Currently there are six TRs managed by the DTCC, UnaVista (division of the LSEG), CME, ICE, Regis-TR and KDPW.

Do you report directly to a TR?

Is reporting retroactive to 2014 for firms just starting to report now?

Yes, firms are required to retroactively report OTC derivative trades back to 2014 when EMIR was first put in place.

Depending on the broker and their platform database, some firms are finding it easier to first start reporting current information and then work backwards to include retroactive trades. Others though have shown a preference to report both historical and current data at once as much of the data sending process is similar.

How is reporting done and can it be automated?

To report to a TR, firms submit their trade data which includes information such as as trade type, symbols, size, buy/sell, and execution time. For daily open positions, pricing data is also required to valuate exposure.

Where the process becomes tricky is understanding how a firm’s own trade records fit within the data fields required by the TR as information is often called different things by different companies.

To bring efficiency to the process, automation has been introduced to EMIR OTC derivative reporting. In this process, firms will use solutions from a technology company such as Cappitech, or build it themselves.

With Cappitech’s EMIR reporting solution, the product grabs OTC derivative trade data daily, converts it into the correct data fields required by a TR, reviews for errors and then submits it on behalf of their clients. The advantage of automation is that it significantly reduces the ongoing headache involved with reporting.

Will you be penalized for not reporting?

As of March 2016, no firm has been fined or penalized yet for failing to comply with EMIR reporting requirements. However, Cypriot financial regulator, CySEC, has sent a circular to brokers asking them about how they are reporting. As such, industry expectation is that we will probably start seeing warnings about EMIR non-compliance in the near future.

If you are one of the hundreds of thousands of brokers, banks, asset managers, hedge funds or corporate that need to report under EMIR, Cappitech is happy to help.